Shopping Cart
Your Cart is Empty
Quantity:
Subtotal
Taxes
Shipping
Total
There was an error with PayPalClick here to try again

Thank you for your business!You should be receiving an order confirmation from Paypal shortly.Exit Shopping Cart

Ashraful Uloom will be sponsoring R15 000 to help set up a Computer Centre at the Abdullah Bin Salaam Islamic School.

The Abdullah Bin Salaam School, situated in Kelvin, is run by Ashraful Uloom and their kids have been in attendance for the past 5 years. It is a once off donation which will enable the school to acquire 5 computers, to service all grades at the Computer Centre. This new addition to the school will house a total of 10 computers. 180 learners will now be able to do research for school projects and expand their horizons by having access to the internet. The main goal of the donation is to improve the lives of the children at the Abdullah Bin Salaam Islamic School and to jump start their education. 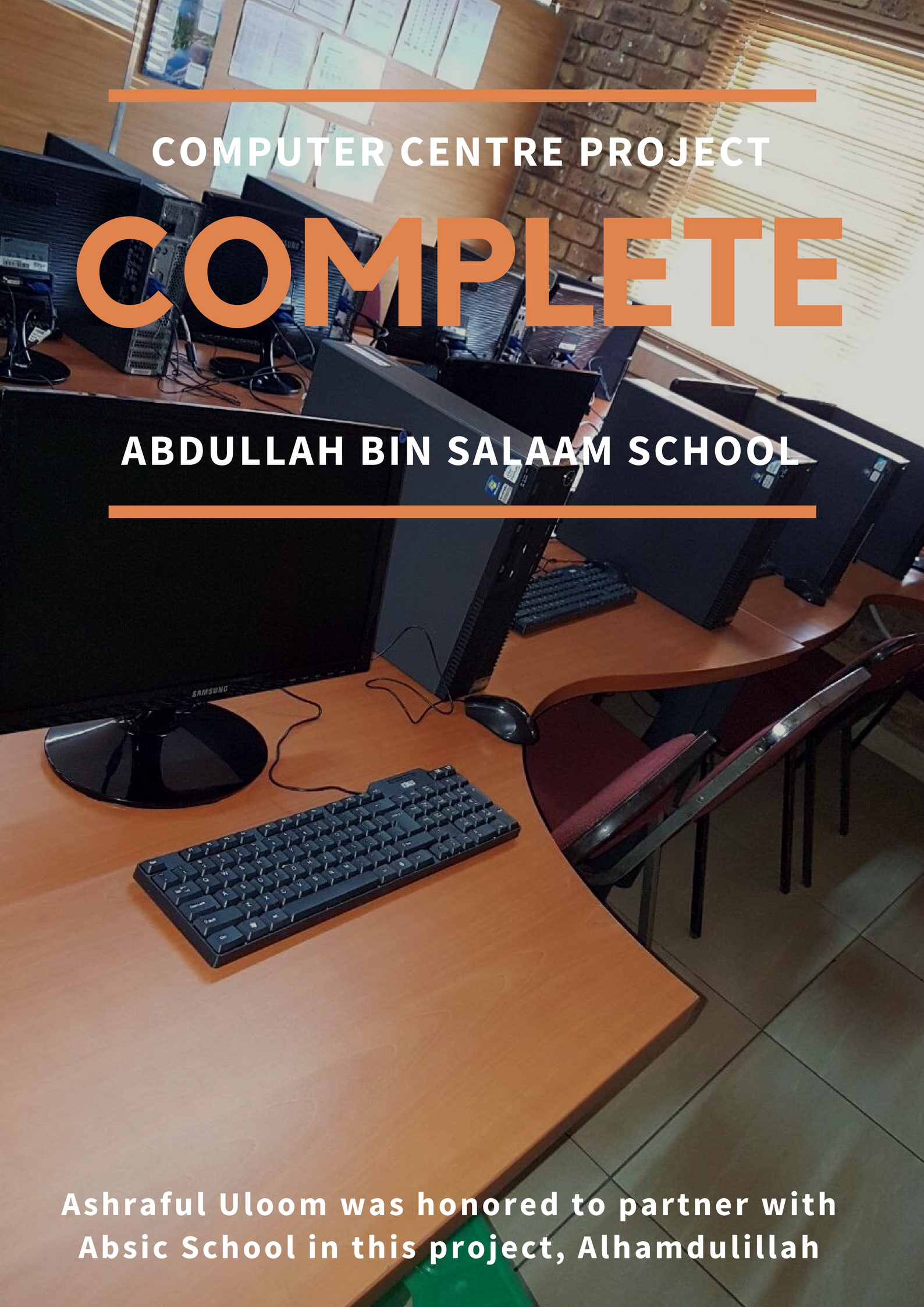 We looking to go off the grid, InshaAllah 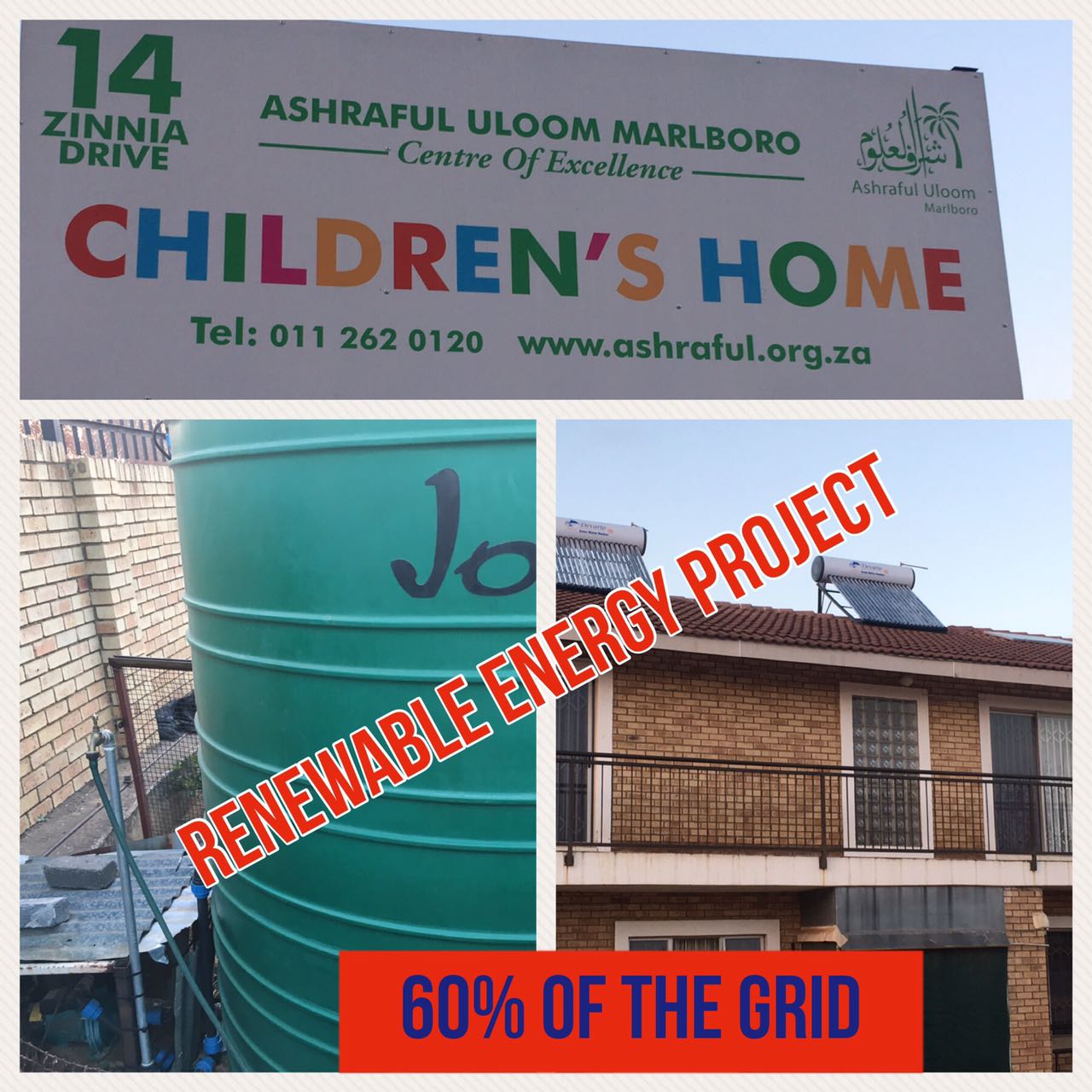 A step in the right direction

The Muslim community of Ridgeway, in the south of Johannesburg, takes a step in the right direction by inviting the community for a Mosque Open Day. The doors of the beautiful Mosque, located just off Swartgoud Street (www.masjidquba.co.za), will be opened to offer people a better understanding of Islam and a chance to ask questions and get misconceptions cleared.

Muslims first moved to the area in the early 1990s and have since integrated well into the community, actively involving themselves in community upliftment projects. Seeing the need of improving the level of education in our community they have recently established a school adjacent to the Mosque. The community is also very involved in charity projects as well as RNW (Ridgeway Neighbourhood Watch). I was pleasantly surprised to learn that the two Imaams (Muslim priests) at the Mosque are members of RNW and do serve their vigilante time.

One of the Imaams, Muhammad Zakaria Vallee had this to say, " With the rising expression of Islamaphobic rhetoric in the certain parts of the world, which has become a global village, we found the need to invite our neighbours in order to build bridges and foster a healthy relationship. Thus we warmly invite all members of the community to this weekend's Open Day and join us for a cup of tea"

The organising members explained that the visitors will be welcomed with some refreshments, followed by a presentation on understanding who Muslims are and finally a personalised tour of the Mosque.

a project of Ashraful Uloom 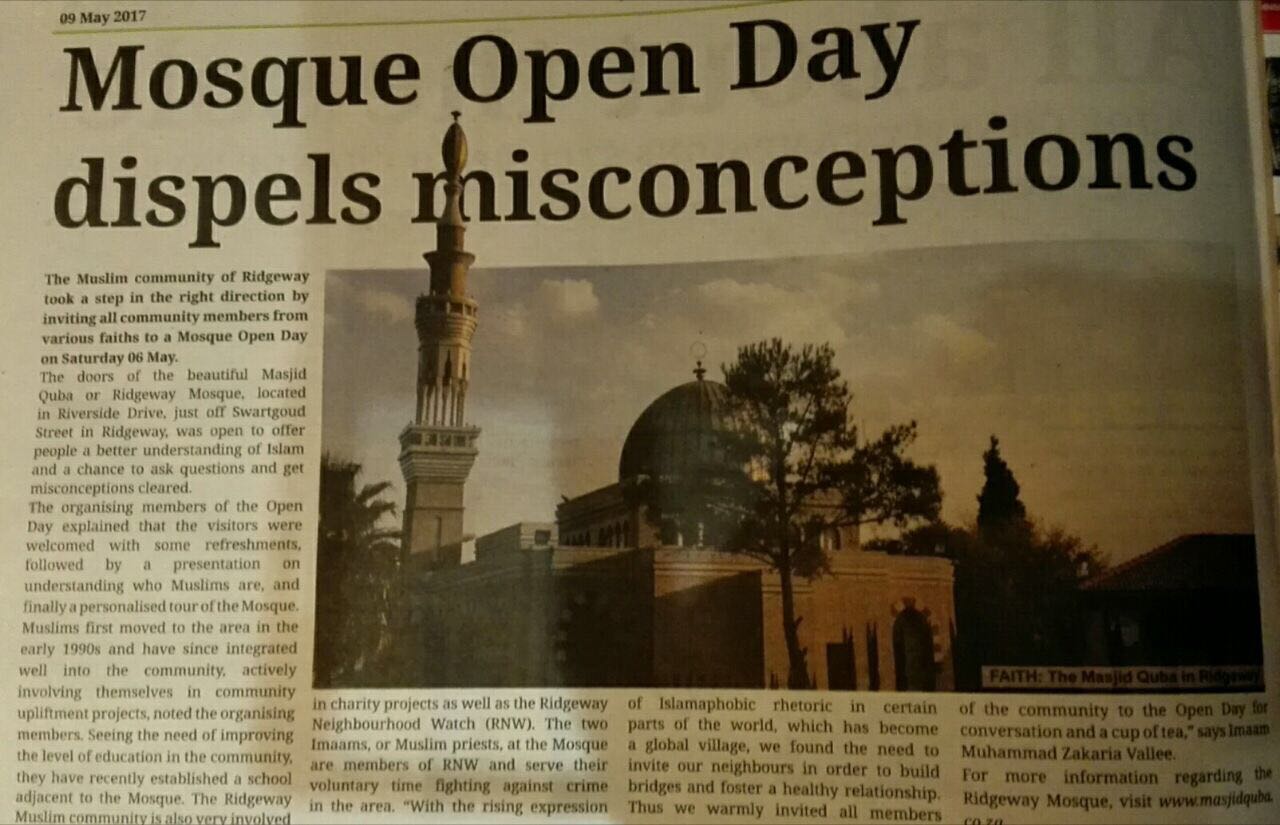 Alhamdulillah Ashraful Uloom Waqf projects has been launched. Waqf has been an important instrument to assist welfare projects towards sustainable development since the time of our beloved Rasoolullah ﷺ.

Countries like Malaysia and Turkey have highly developed Waqf endowments.

InshaAllah this will be a means of perpetual reward.

Alhamdulillah our Ustaad Development Program has been well received and appreciated.

Workshops were conducted in Nurul Islam, Lenasia, Newcastles and Nelspruit

This translates into touching the lives of approx 7000 learners 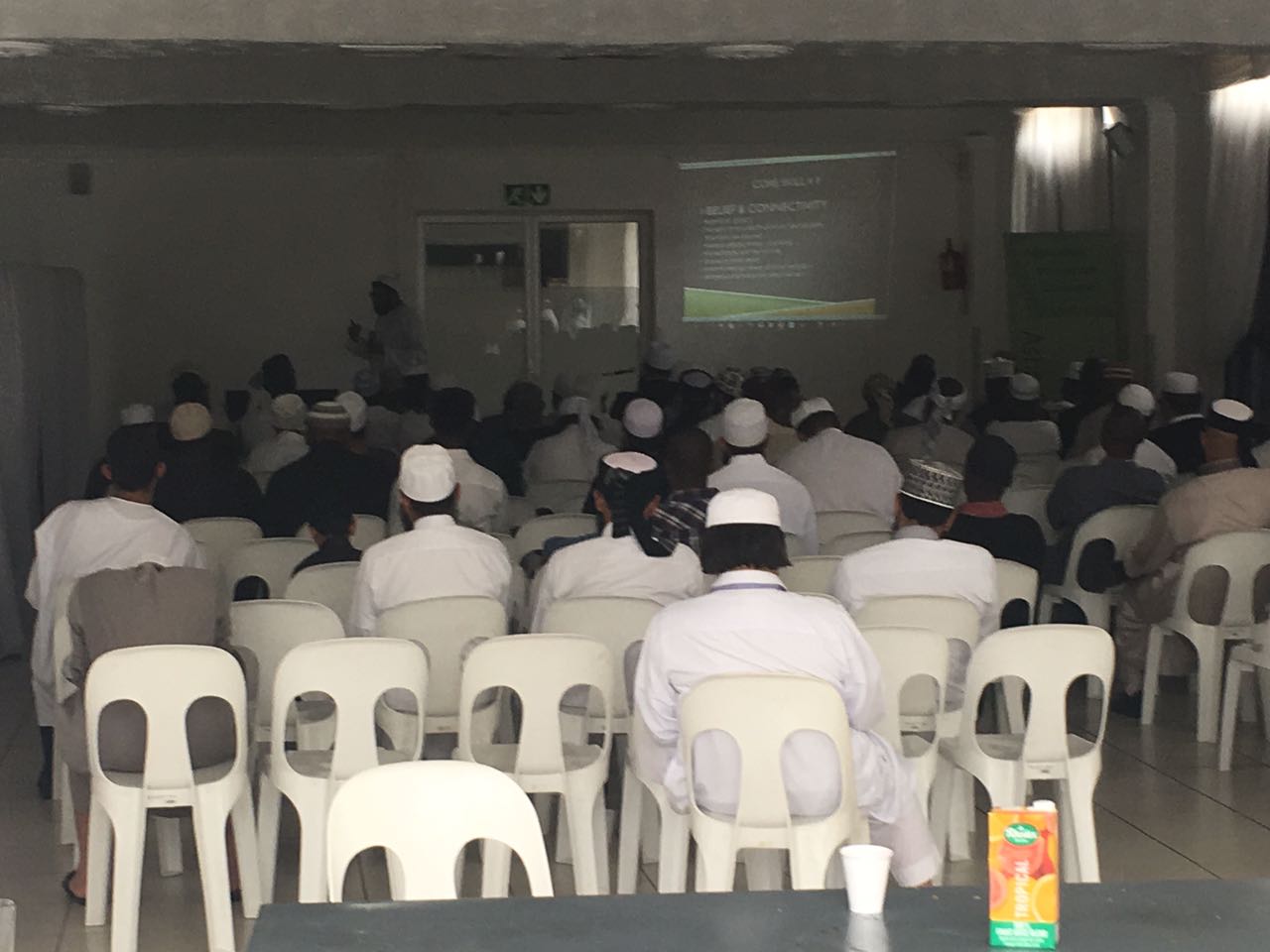 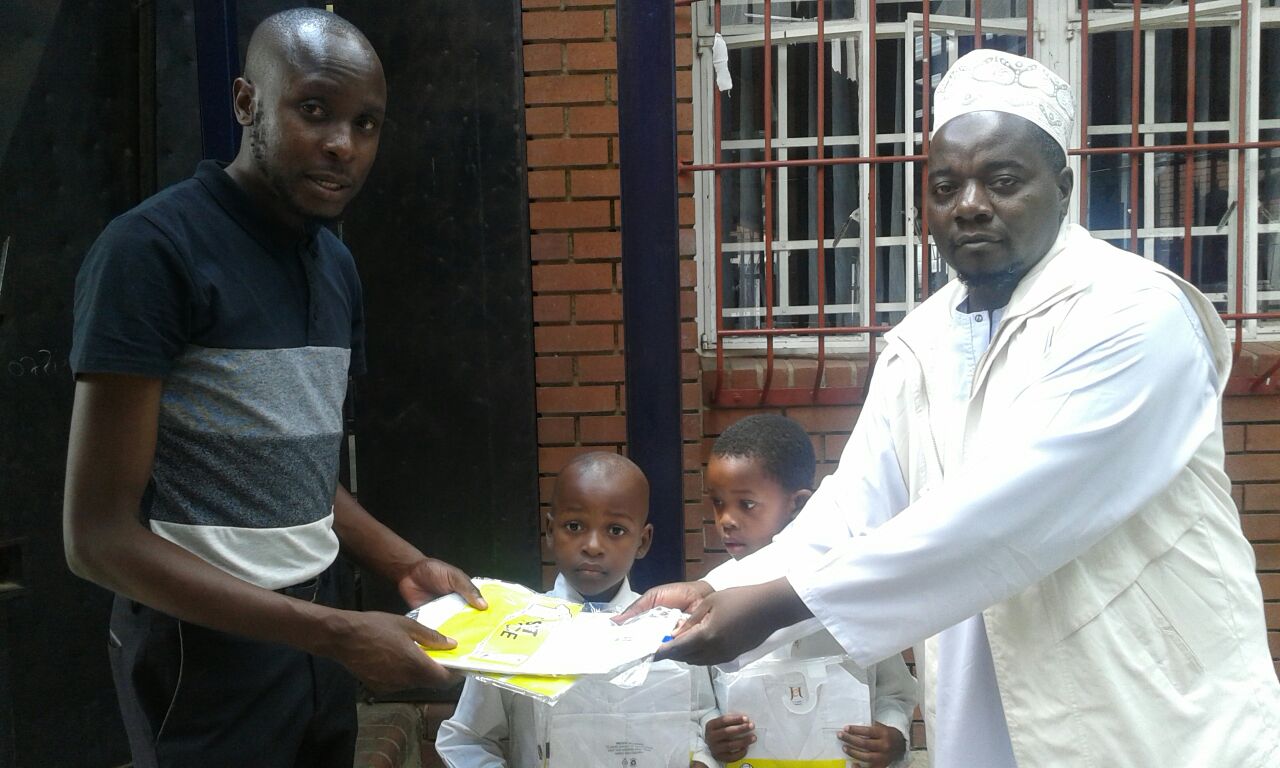 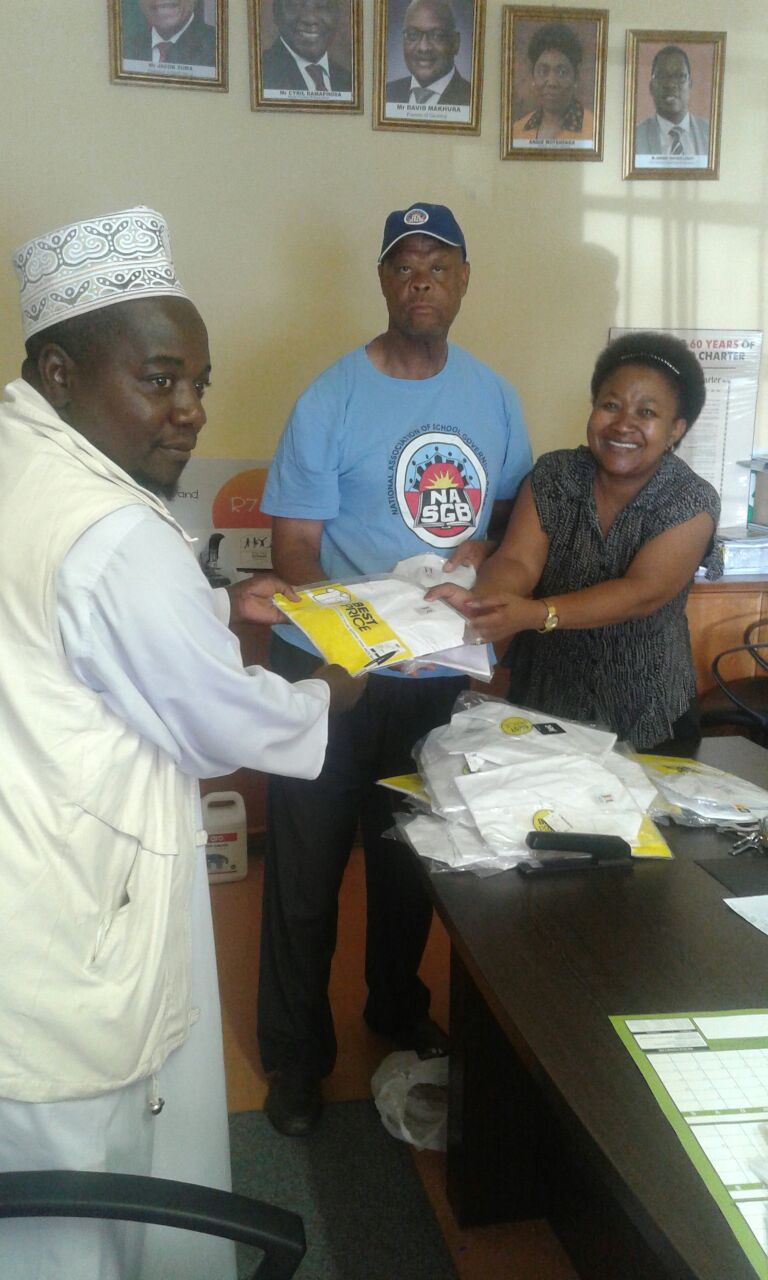 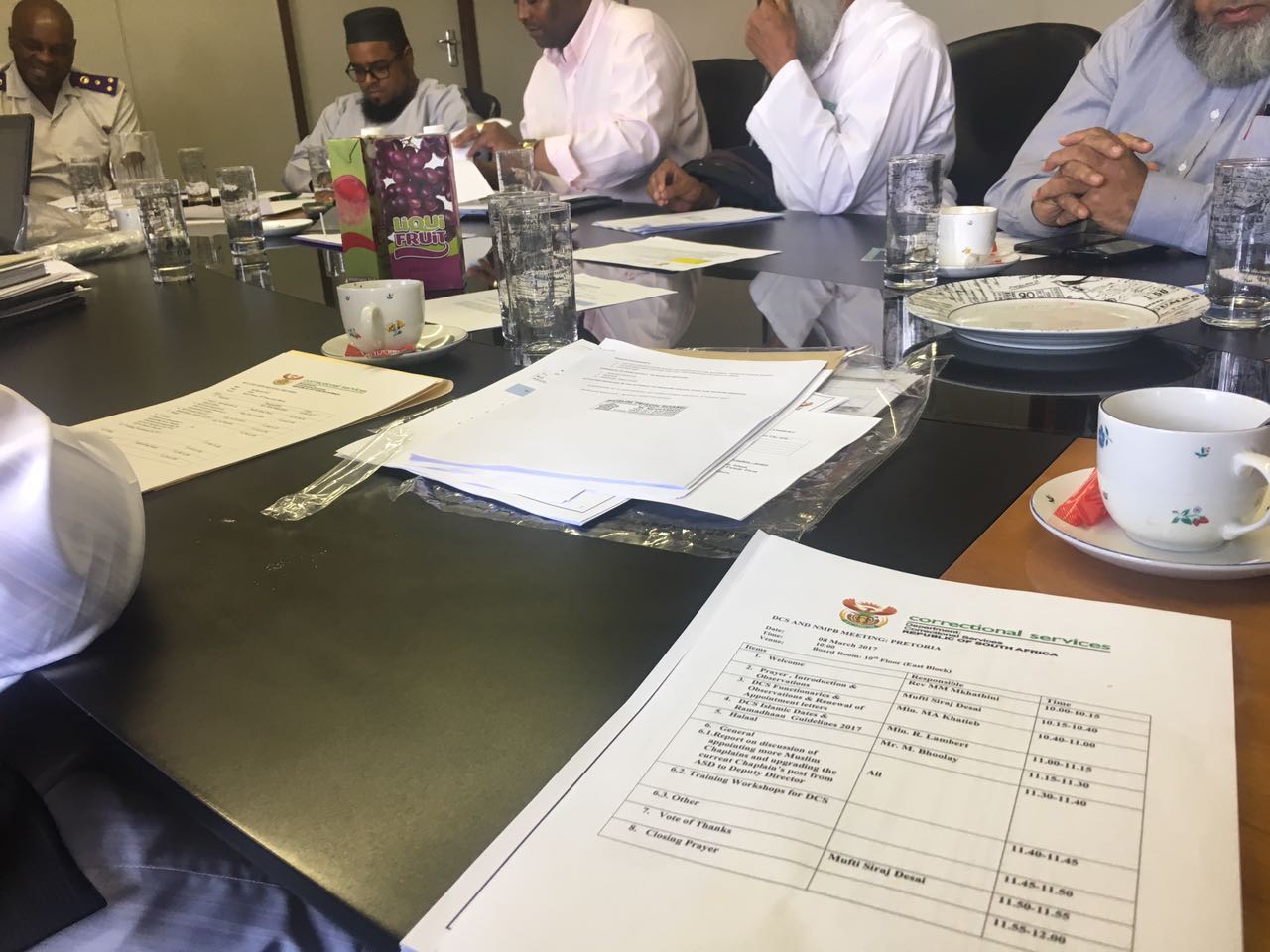 Meeting of the National Muslim Prison Board and Department of Correctional Services in Pretoria on the 3rd of March 2017. The Muslim Prison Board services 7000 inmates nationally. Educational Programs for the country is developed at Ashraful Uloom - Marlboro

Alhamdulillah, an initiative was undertaken a few months ago by communities of the northern suburbs to pre-pack disaster relief hampers. When this tragedy struck a fews days ago, in a collaborative effort the community of Kelvin, Ashraful Uloom - Marlboro and Johannesburg Emergency Services could provide the victims with basic essentials.

The relief packs with the basic essentials were sourced, packed and stored by members of the Kelvin community. This successful effort merged people from all walks of life and developed the spirit of becoming a 'caring community' 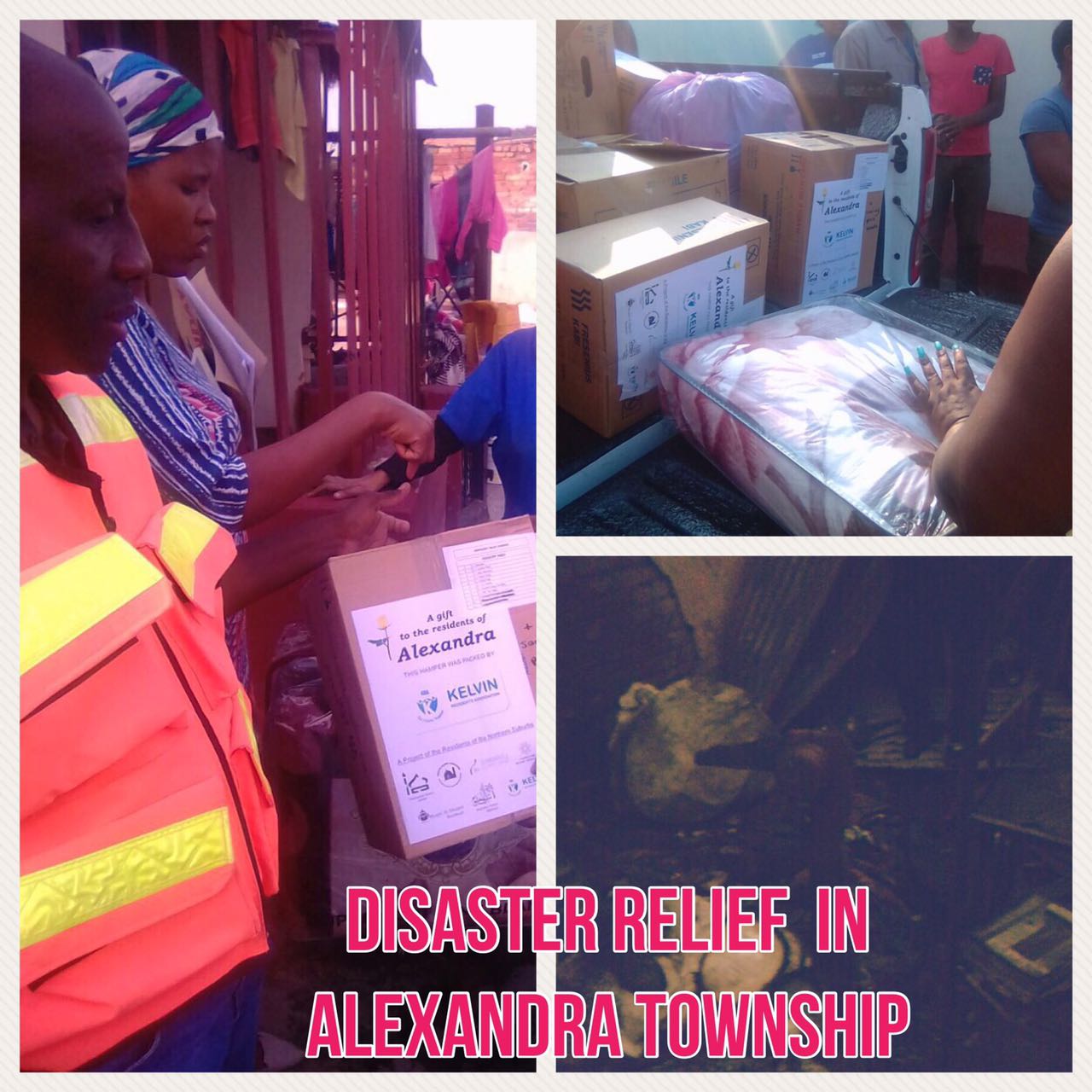 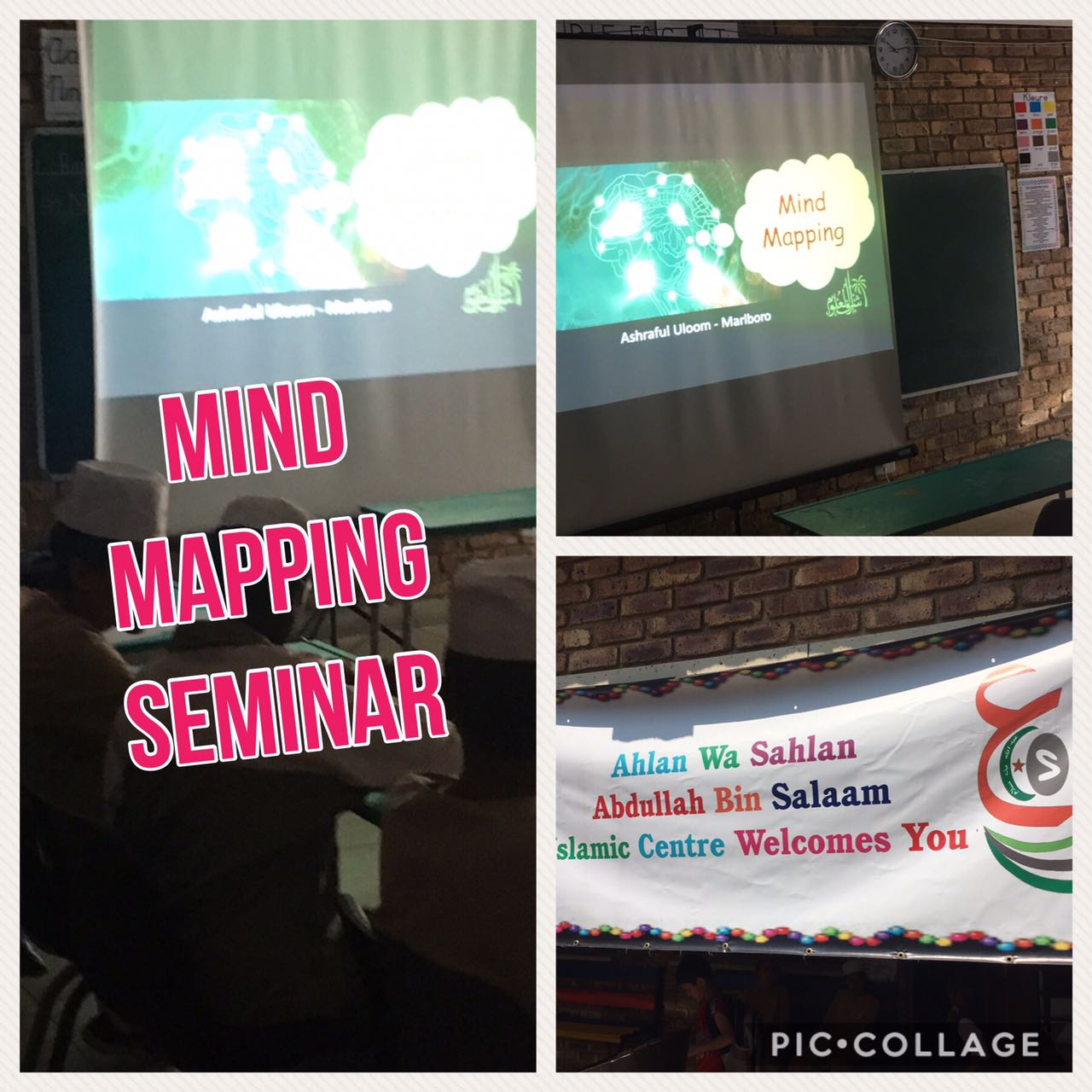 Mind mapping is proven to tremendously enhance the learning process and has multiple applications.

Due the surge of interest concerning Islam, Ashraful Uloom - Marlboro will be launching an exciting Dawah Outreach program soon. IA

The following programs are being launched

6. Online portal to learn about Islam

7. Literature distribution and much more.. InshaAllah